One of the best things about 2013 was the many faces I met along the road. Whether at work or play, some amazing people touched my life and made this year one to remember. 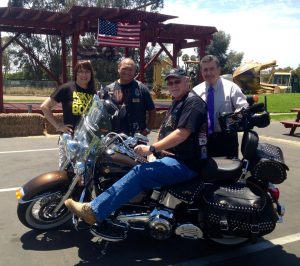 (l-r) ABC News Channel 10 Reporter Bob Lawrence featured my “Full-Throttle Leadership Ride” on a stop in San Diego, where I was joined by Boot Girl Char Ekoniak and San Diego Harley-Davidson D-HD owner New York Myke. They helped spread the word to a much larger audience than I could have ever reached alone. Texas Rangers Hall of Famer Nolan Ryan stopped by Circle R Ranch just months before announcing his retirement. Ryan is that rare breed; a class act all the way. 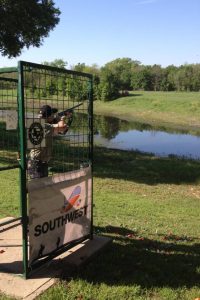 Some incredible volunteers and wounded veterans turned out for a day of support and camaraderie at the 2013 Boot Campaign “Boot-n-Shoot” in Dallas. Days like this put everything in perspective. 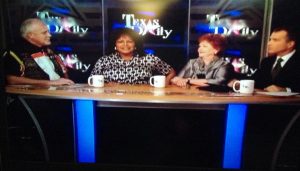 (l-r) Iola Johnson, Suzie Humphrey and Jeff Brady hosted me for a talk on KTXD’s “Texas Daily” which focused on our military and the challenges they face when returning home. Another media opportunity to talk about our veterans. Forget those “lawyer jokes” – I led an afternoon ride through North Texas with “The Infringers,” a group of copyright attorneys from around the world that was nothing but FUN. Never felt more legally-protected on a motorcycle in all my life! 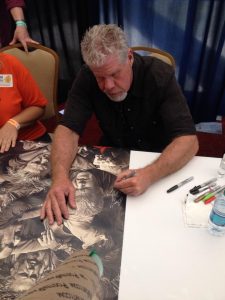 (l-r): My favorite “notable encounters” this year. Actor Ron Perlman signed a Sons of Anarchy poster for the collection. My friend Betty Garrett arranged a book signing with former Navy SEAL Marcus Luttrell, author of “Lone Survivor” and one of the inspirations for my Full-Throttle Leadership Ride. 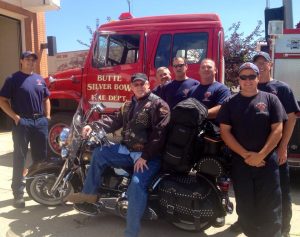 (l-r): Members of the Butte/Silver Bow Fire Department presented me with a Challenge Coin on my travel through Montana. About an hour later I watched them battle a mountain wildfire. WWII veterans Tom Blakey and Bert Stolier met me at the National WWII Museum in New Orleans to talk about service and sacrifice. 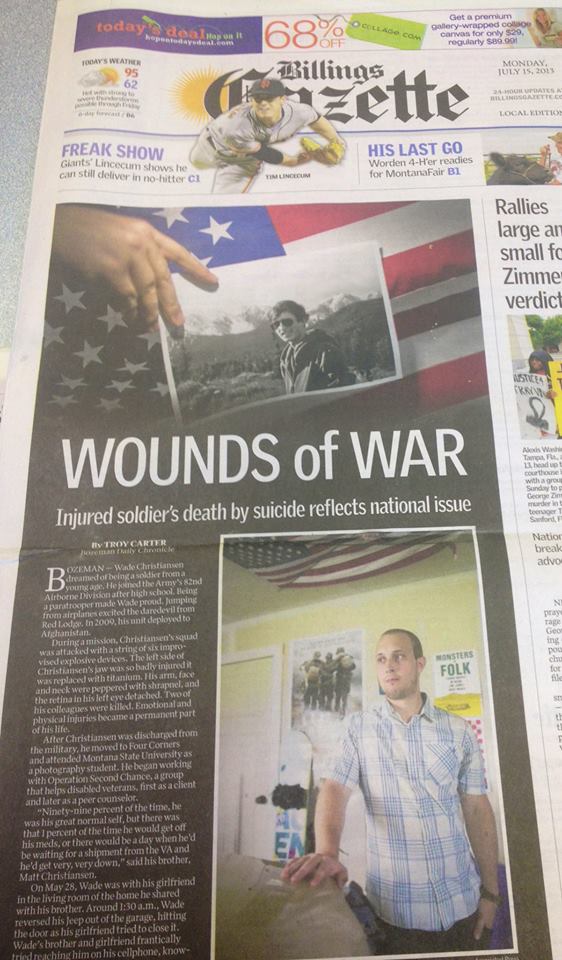 Perhaps the most memorable encounter I had this year was with someone I never met; 23-year-old 82nd Airborne Division paratrooper. I read about him one morning in the Billings Gazette and was so moved that I later connected with his brother, Matt, on social media. Wade was a veteran, a much-loved son, brother and friend; and his story should never be forgotten.

As you look back on the people you met this past year, remember those encounters occurred at the precise moment for which they were intended and, I believe, when they could have the greatest impact on your life.

Don’t take them for granted.