Full-Throttle Leadership: Can YOU Go the Distance?

So, I’m out here on the Road, just me and my Harley. According to the odometer, The Full-Throttle Leadership Ride has logged about 5,000 miles and I’ve visited 23 states. I’ve been pummeled by wicked rain in Florida; scorched by a Devil of a sun in New Jersey Devil and whipped by winds rolling across Illinois.

Halfway through this adventure and I have thought, “whose idea was this?”

I miss Wendy, Aubrey and Conor so much, I can’t tell you. My butt is killing me (YOU try 5,000 miles on a motorcycle seat) and all I want is a LONG soak in my big tub at home (hotel showers just aren’t same). Right about now, I need some inspiration.

Fortunately, each evening I can check in at The Boot Campaign to find out the name of the newest celebrity supporter, check the goings-on at their new headquarters in Georgetown or read some truly inspiring story at ‪#‎IAmBootCampaign.

I AM GOING THE DISTANCE! How about you?

I appreciate all the “LIKES,” COMMENTS” AND “SHARES” on the Ride posts, but what I’m out here doing is so much bigger than the “Bucket List” experience originally planned. Halfway through the Ride and I have not yet hit the halfway mark on my fund-raising goal. It’s close, but not there yet.

To all those who have supported me to date, THANK YOU for making a difference in the lives of real, American Heroes. And to those who have yet to go “Full-Throttle” with me, TODAY is your day! CLICK HERE and Go The Distance with Me!

“Who can go the distance? We’ll find out in The Long Run”

Hit the Road early today for the longest stretch of mileage to date. Nice COOL weather for riding to start the morning. Passed through three states; Pennsylvania, Ohio and Indiana. Lots of farms. Its good to see things growing. I am reminded that some of our nation’s soldiers came from farms and small towns all across these same states I’m traveling through now.

A bit of Ride Trivia for you. Elkhart, Indiana is home to the RV-Manufactured Housing Hall of Fame and Museum. And if you’re wondering, 338 industry pioneers and leaders have been inducted into the RV-MH Hall of Fame since it opened in 1972. If they take nominations from the public, I’m offering up George Roberts (Jason Roberts’ Dad) who has been touring the country exclusively in his RV for several years now.

A bit of Road Reality. Big city traffic sucks. It took me almost an hour to go the last 15 miles to Chicago. Who scheduled “The Taste of Chicago” around my Ride? The late arrival meant I missed catching up with my friend Kelly Massey with VWV Productions who was in town for a meeting. Also in town from Dallas were Patty Phelps and Jeff Davis with ACCESS Texas. Got to plan these trips better!

My room had a great view of Grant Park, which I saw for about 30 minutes before calling it a night. 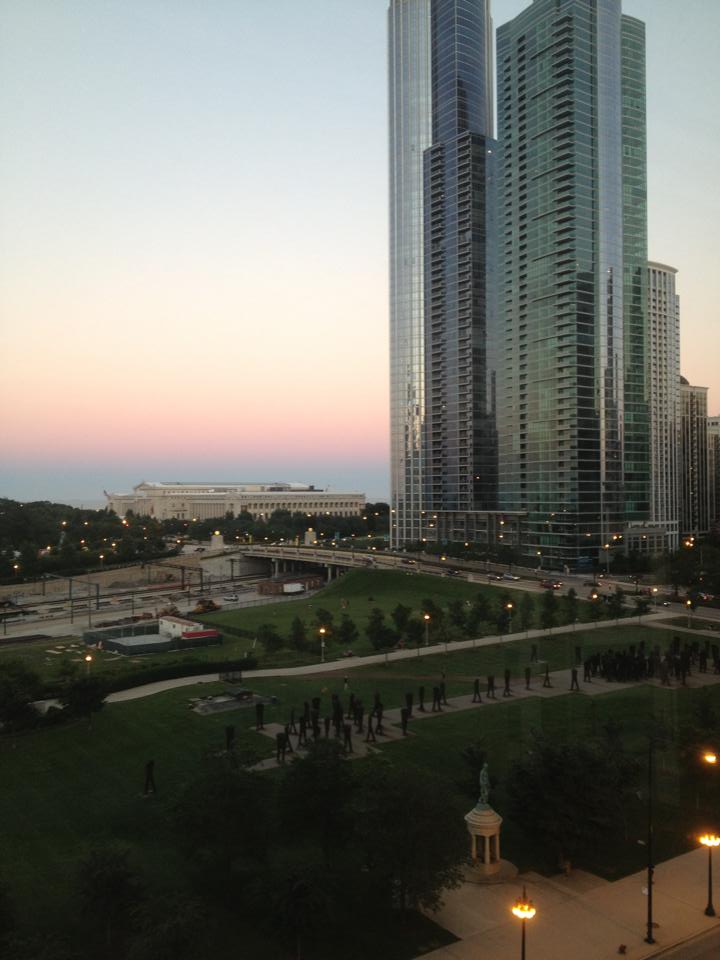 Day 13 is dedicated to President Dwight D. Eisenhower. For many days now I’ve noticed highways signs designating the Eisenhower Interstate Highway System. It is named for the former president and Army general who championed its formation on THIS DAY in 1954.

Left Illinois to cross into Wisconsin. I can see why my HOG friends Bruce and Ruth Gibson are always raving about this state, and why Meetings Industry Guru Janet Sperstad calls it home. Met some of the friendliest people at lunch and fuel stops along the way here, and all took some of my Boot Campaign material. There are, however, about a million signs along the roads dedicated to “Cheese.” (seriously!)

Today’s salute goes to the Wisconsin National Guard Museum at Camp Williams/Volk Field. It has a great collection of historic aircraft, tanks, and self-propelled guns all on display in an outdoor park setting. 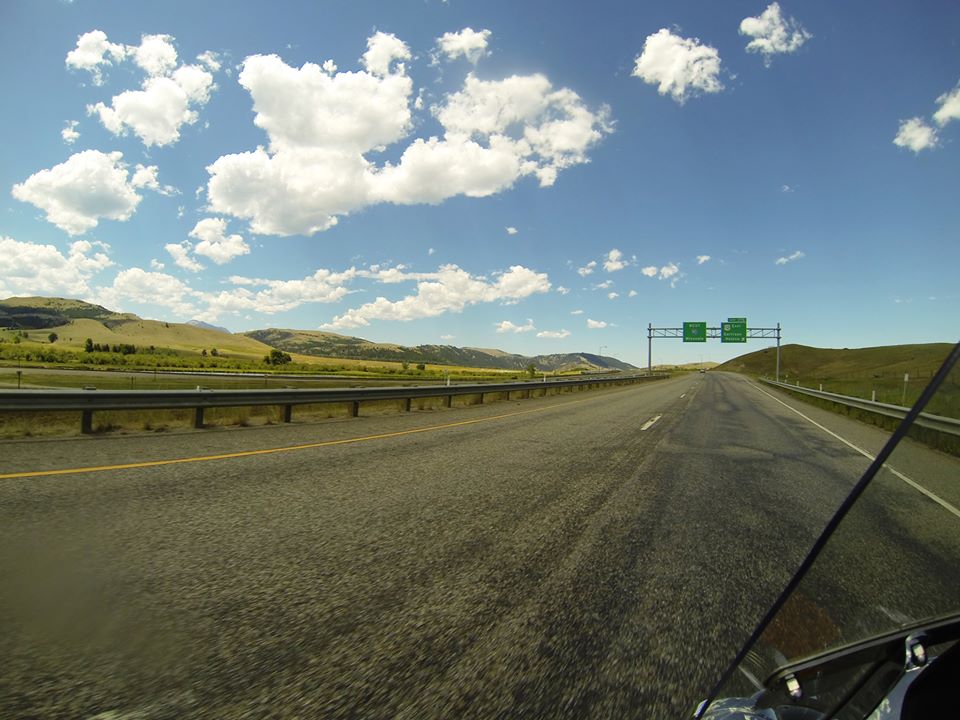 Beautiful, warm and sunny day to Ride. May be my last for a few days as the weather forcast for Bismarck, Billings and Coeur d’ Alene (next three stops) doesn’t look promising. Keep your fingers crossed for a change.

Day 14 is dedicated to the soldiers of the 56th BSTB Army National Guard from Irving, Texas. We were proud to serve them Christmas with their families at Circle R Ranch before deploying to Iraq in 2010, and they carried the ranch flag with them to fly over the mess hall.